Jill Johnson, a Truro girl who was close to Roger and the members of the Reaction, was, with her sister and a friend, a member of Jayfolk.

This is an interesting advert because not only were Jayfolk apparently breaking up, but in the audience that night was Clive Palmer (ex Incredible String Band) who spotted Jill and asked her to sing with The Famous Jug Band. Although, at the time, she was only 17 within 6 months she would be touring with them and recording an album. 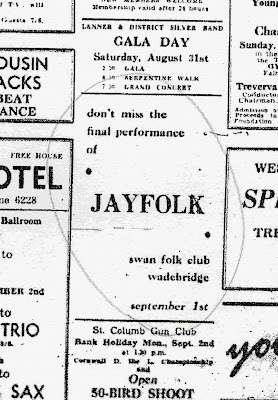 UPDATE 27/6/10: Jill has contacted me and confirmed the story above, and indeed, even sent a picture of her just before she went on to perform the gig above. The reason why Jayfolk were splitting was that she had planned to go up to London, and would have done if Clive Palmer hadn't asked her to be in his band. 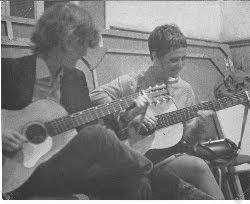