Mike Grose still has several photos in his possession dating from his time as the first bassist in Queen...I wasn't sure who owns the copyright on these and still don't...most are I think already on the internet but these are copies of Mike's own prints and they were originally taken by Doug Puddifoot in the lecture theatre at Imperial College. 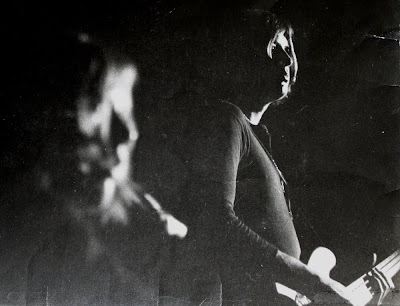 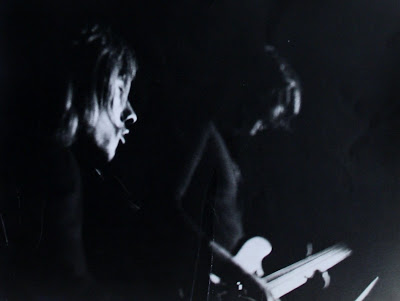 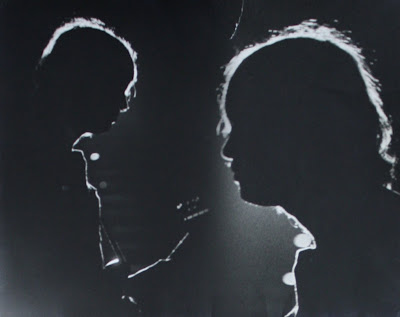 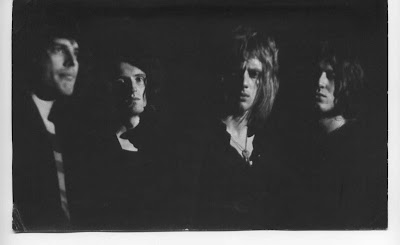 The two pictures below are interesting because the first has not been reproduced in its entirety before. It's a montage of Queen on the Imperial campus in 1970, against a woman's face. When inverted the face turns out to be Sue Johnstone, who at the time was still living in Truro. 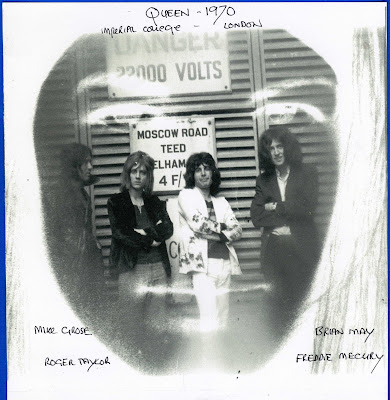 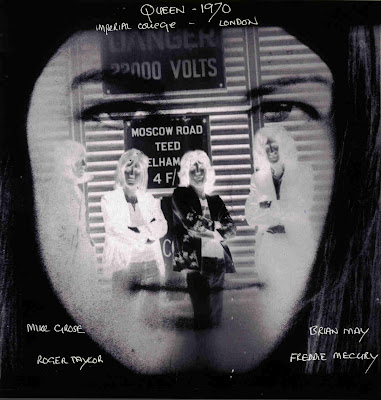 Mike is on the left in these photos - and the annotations are in his own handwriting.