This is the first time that songs by The Reaction have been available on the internet. These mp3 files, courtesy of John Snell, are from acetates cut by the group in 1966 after recordings were made of them in Wadebridge Cinema. The line-up then was Jim Craven (bass), Mike Dudley (keyboard), Geoff Daniel (guitar), John 'Acker' Snell (saxophone) and Roger Taylor (drums and vocals). Johnny Quale had officially left the group, but had been their singer in 1965.

John Snell: The recordings are interesting because it is the full Reaction line-up (Jim Craven, Geoff Daniel, Mike Dudley, Roger Taylor, John Snell) less Roger Brokenshire and on the second Johnny Quale track Roger is the backing singer, as he was for Sandy at the time. "I'll go crazy" was a standard Reaction number at the time but had to be adjusted and slowed slightly for Johnny's voice - Sandy was more of a shouter. The ballad was a one-off for Johnny. The Johnny tracks required several takes - he was paying for the session and the group's expenses but "Midnight Hour" was the very first time Roger had sung solo and was probably done in a single take since the booking of the cinema was almost up. The other tracks that will follow, if I can get them anywhere near right, were two current Reaction numbers and "Buona Sera" that was dropped after Johnny left as it was pretty dated and did not suit Sandy's voice.

Whats on your mind (Johnny Quale on vocals) 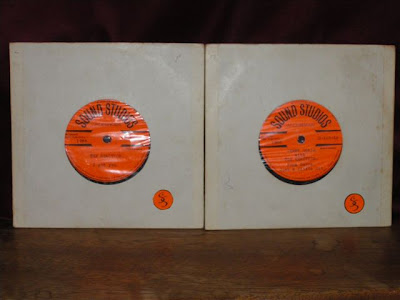 This next track is one of about ten recorded by Neil Battersby during a live concert by The Reaction at the City Hall in Truro in 1967. In order to reduce the level of the input signal he put the microphone in an adjacent room hence why the band sound a bit distant...
The Game of Love﻿

Thanks to Richard Prest of http://www.kernowbeat.co.uk/ for the transfer


UPDATE: Richard has also found a recording of Johnny Quale shortly after he left The Reaction. This is him singing informally with guitarist Mike Bray in the late sixties: