These are the gigs that have corresponding adverts in the West Briton: 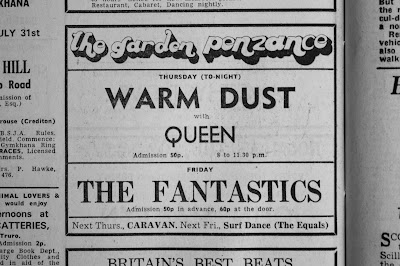