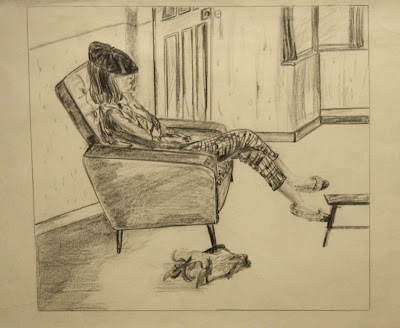 Went to London for the Queen exhibition in the old brewery buildings off Brick Lane on Wednesday. There was lots of very interesting stuff there including some of Freddie's sketchbooks and drawings. Although they were described as having all been done at Ealing - I wondered whether one or two (especially the one above) might have been done when he was younger and still at school. 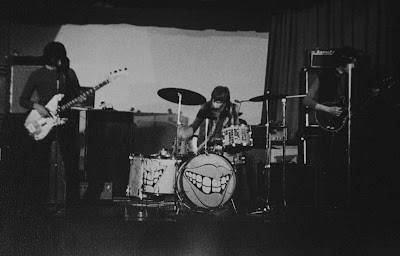 There were some new photos of Smile  - inlcuding this one where theyre playing on a small stage that looks a bit like Imperial College Union...Roger is set up in front of another kit so they must have been the support act. 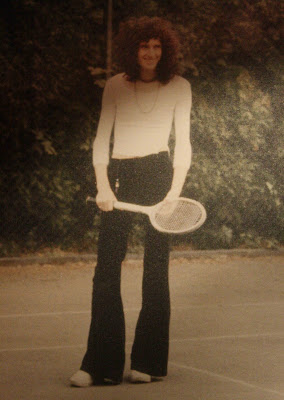 But my favourite photos were these ones of the band playing tennis whilst recording A Night at the Opera. Brian is wearing his white clogs and John Deacon is wearing 5 inch stack heels on the tennis court. Not quite Wimbledon is it!!!?
Posted by Rupert at 08:22