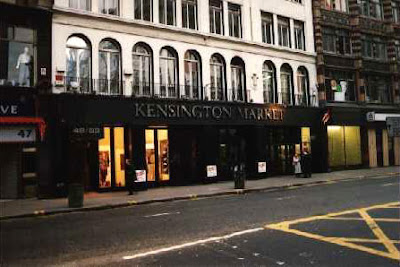 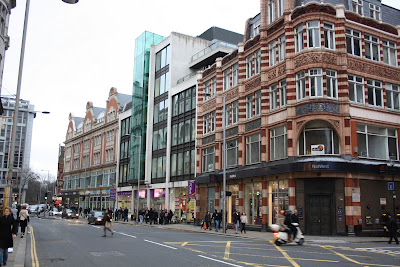 Kensington Market on High Street Kensington is now a PC World. (Actually I went in there to buy a USB hub when I was in London last weekend). The striped brick effect in the building next door is clearly discernable in both photos. In the 2010 photo a scooter is about to disappear down a street that leads directly to Kensington Square, where The Greyhound pub is. (Freddie Mercury was a regular there together with others from the market like Alan Mair, Nigel Chappell and Sue Johnstone).
In the opposite corner of Kensington Square is the Maria Assumpta building: now Heslop College, once a teacher training college where the other members of Queen first met John Deacon and where Brian and John met their wives...The picture below is how it looks if approached from Kensington High Street. Maria Assumpta was an all women's college run by nuns. 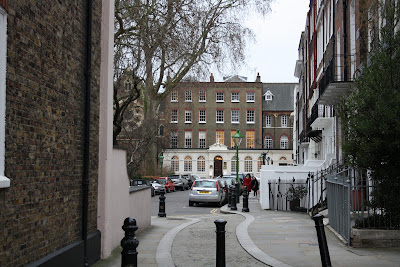